One thing that happens when doing a documentary about scary folklore stories like Scary Stories to Tell in the Dark is that you encounter little stories along the way of people that shaped the stories. You find other collectors of scary folklore stories or folklore in general that informed Alvin Schwartz during his collecting of folklore. One such person is Charles Montgomery Skinner. 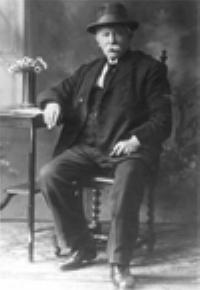 Alvin Schwartz dedicated a long paragraph to this man in the source material. It was in reference to the story “Sounds”, which is the story of a group of fishermen who take refuge in a house and are haunted by sounds that they hear. Rather than go into detail about that particular story, Alvin Schwartz highlighted the man Charles Montgomery Skinner, who was one of the earliest writers to collect tales like these in America. He did so in a number of books, primarily in a series called Myths and Legends of our Own Land, originally published around 1890-1910.

Like Alvin Schwartz, Charles Montgomery Skinner had a journalism background. And like him, he perhaps was a little before his time in understanding the power that scary folklore stories can have with people. Now we have podcasts like Lore and books and movies that take one scary legend after another and reinvent them over and over again, introduce us to new ones that we had never heard of but are quite part of a long folk tradition. But 100 years ago Charles Montgomery Skinner compiling these old ghost stories into collections didn’t perhaps seem useful or interesting. 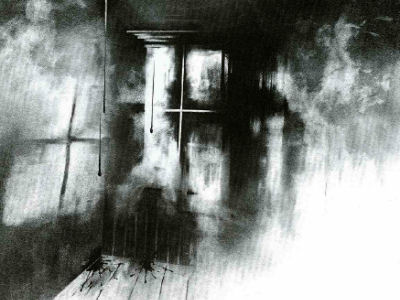 In the 1980s Alvin Schwartz compiling scary folklore stories into collections for children didn’t necessarily seem like a “homerun” idea. Remember, scary books for kids had not hit its heyday of the 80s and 90s when authors like R.L. Stine and yes Alvin Schwartz and many others found success. So when Alvin Schwartz began this particular series in 1981, he was on the cusp of something, but it was something daring and new also.

I can only imagine Alvin Schwartz highlighting someone like Charles Montgomery Skinner seemed like a natural something for him to do. It is interesting to see these unique choices being made on every page of the Scary Stories to Tell in the Dark books.

Here is a link to the stories of Charles Montgomery Skinner in Project Gutenberg.

Scary Stories is a full-length documentary about the book series that includes the 1981 anthology Scary Stories to Tell in the Dark and its two sequels.